This game focuses on dribbling, teamwork, shooting, and passing.

How to play: Start with two teams of eight, one on each half of the gym, each student has a hockey stick and holds it upside down. The teams try to fling rubber rings through the opposing team (defenders) so they hit the back wall, and any ring that hits the back wall is a goal. Distinguish the teams with the color of the hockey stick or you can use jerseys vs shirts. I usually put out five deck rings.
Variations: For older students, require two or three completed passes prior to flinging the ring.

This game focuses on offensive and defensive strategies, as well as dribbling.

How to play: Every student has a puck (piece of gold) and a hockey stick, except for two students. The students without a puck are the pirates and use their hockey sticks to try to steal a puck from someone that has one. If they steal a puck, they keep it and place it inside one of the buckets set up around the edge of the hockey playing area. The person that lost it is now a pirate.

Pin Down is a game that practices the skill of shooting at a specific target using a hockey stick. Bowling pins are set up across the gym floor’s midline. Teams are set up behind cones in both end zones. On the count of three, the first person on each team tries to knock down the pin with the hockey puck. Any pin that is knocked down is worth one point. I also have the person who knocked the pin down set it up again for the next round. Every person on the team takes a turn and the team with the most points at the end wins.

This game combines hockey dribbling with the core subject, math.

How to play: Each student gets a yarn ball, dice, and a hockey stick (I suggest using soft hockey sticks for K-2nd grade and plastic hockey sticks for 3rd-5th grade). Pair the students and have each pair stand by a cone. On the count of three, the students drop the dice and add them together. Once the student calculates the answer, he/she dribbles the yarn ball toward that number posted on the gym wall. The first one to touch the correct answer on the wall wins. Once done, the students walk back to their cone and play again.
Variations: You can do this activity with every grade level. In order to do in for Kindergarten, you would have number identification face off. The student will count how many dots are on his/her dice and then go to the number on the wall. In order to make it challenging for the upper grade levels, you can do subtraction and multiplication.

Floor hockey is played between two teams of six players to a side, on a flat surface the size of a basketball court. The object of the game is to score points by hitting the beach ball into the opponent’s goal. The game is played for 2 minutes or until the first goal is made, then the next 6 players for each team go on the court.  The other students who are waiting for their turn are “bumpers.” They sit on their bottoms with their feet out. If the beach ball comes near them, they can kick it to help their team. This is a great way to keep the ball on the court. 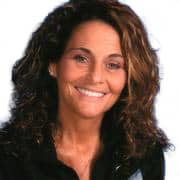