6 Traits That Make a Great Athlete

Every athlete dreams to become a champion, but not all of them succeed. To be a champion, an athlete needs to have quick reflexes and superior physical strength along with other strong qualities.

Considering these outward features as primary athletic traits, most coaches and teachers invest a lifetime of effort in enhancing physical attributes. These physical attributes include strength, agility, endurance, and mobility. However, great sportsmen like Mohammad Ali, Michael Jordan, and Bill Russel identify it as the wrong approach. Because while physical ability only takes you so far to learn to strive for a win, mental ability teaches how to take defeat, learn from the negatives, and come back stronger.

The mindset and some special personality traits are the difference between good and great. Let’s take an example of the two-time MVP Steph Curry. He’s not the tallest, or fastest and is nowhere near the other guys when it comes to physicality. But he has some traits that set him apart and make him one of the best. You can also take the example of Portuguese soccer player Cristiano Ronaldo. He is easily the best soccer player in the world. When he first arrived he wasn’t a big thing. He was good but other players were more talented. He worked hard each day, put in extra effort, never gave up, and became the Phenom he is today.

The greats have this embedded in their system. They have some qualities that help them become better than the rest and each coach and teacher should work to instill these qualities in every student at a young age. Some of them are:

1. Trust: Coaches should build trust among team members and teachers can build trust within their classes. When team members trust each other, direct and honest communication develops among them which eventually is reflected in their performance. With this unique mental trait, team members trust the other members to carry the responsibility of a game with equal determination. As a result, they do not hesitate to rely on their teammates at crucial moments of the game.

2. Discipline: Discipline is so important that it is said that only a disciplined team can think of winning championships. Therefore, a coach must maintain discipline in his or her team in terms of time management, eating habits, practicing schedule, and social activities. There is a saying that it takes 10 years of resistance against temptations to become an overnight start. Years of early mornings, healthy eating, and sore muscles lead to the life of champions.

In physical education, it’s important to introduce students to nutrition, proper sleep habits, and other healthy habits at an early age to set them up for success.

3. Never say die attitude:  This is among the most important psychological traits that teachers need to instigate. Young students must know from an early age that it’s important to try their best until the very end without giving up. Sometimes a final push helps you reach your goal or reach a personal best. It can even change the outcome of a game. In sports, a coach should motivate his team to get down on the field with a sense of aggression, and willingness to fight till the end. This resilient attitude is something that separates good athletes from great ones.

4. Self-Confidence: Self-confidence, however, is a trait that a player has to build mostly on his or her own or an athlete may have self-confidence by nature. But a coach and teacher still can play an important part by motivating their students constantly and by tactics such as praise before criticism. A coach can make their athletes believe that they can make it to the top. If a player has confidence in themselves, they can convey positive vibes to the team too which is the core character of teamwork.

5. Humility: A coach should ensure at all times their team is humble even if their performance is at the highest level. A humble athlete neither overestimates nor underestimates their abilities. This trait keeps the young ones open to receiving criticism. Humble athletes perceive that they have room for learning and improving, which makes them open to more coaching and more training.

6. Unity and belonging: It is only a coach/teacher who can build this physiological perception in a young group. It is a coach and team leader who establishes a culture in the team where no one feels isolated and everyone feels a sense of belonging. Instilling that it’s the name on the front of the basketball uniform that matters and not the name on the back. If all members perceive themselves as part of the team, then they strive to play valuable roles for the success of the overall team. A united team when going in the field, they do not only play individually but also puts effort into others as well which leads to the team’s success eventually.

All in all, there are many challenges that athletes and coaches confront on a daily basis. But as initially discussed, these six character traits can all be developed at a young age. Whether students decide to pursue athletics in the future or not, these traits will also set them up for success in any area of life! 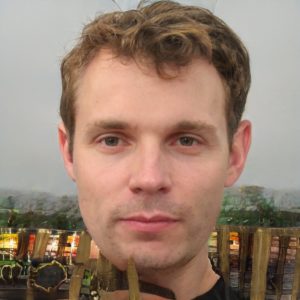 Shawn Joy is a community manager by profession and a blogger by passion. He likes to play football, and is also a fitness freak. He loves creating workout videos that encourage his followers to lead a healthy lifestyle.
View More Author Articles