As Physical Educators Sow, so Shall They Reap

Doug Hallberg, Matt Bristol, and Brian Godfrey are all talented and passionate physical education teachers. A few of you might know them. In fact, the three of them live fairly close to one another, and I’m not even sure they all know each other! Which is a shame, because they all have similar success stories to tell.

Back in Minneapolis as the SHAPE America President, I had the privilege of opening the 2016 National Convention Wednesday General Session. In a beautiful new auditorium before an estimated crowd of 2,000-plus physical education and health education professionals, I described the progress we’ve made on our commitment to succeeding with, “50 Million Strong by 2029.”

I shared that SHAPE America was planning to create and publicize a series of case studies: Success stories showcasing physical and health education. As you and I know, far too many people – especially decision-makers – don’t see much reason to support physical and health education. They don’t value what we do. Ever wondered why this is the case? Maybe it’s because too many adults had lousy PE experiences as kids? It’s too bad if that’s true, but even so, that’s not something we can go back and fix. But I think it’s something else. Something relatively easy to fix. I’m convinced that today’s school officials and decision-makers are simply unaware of the positive impact the nation’s physical educators are having on kids’ lives.

The case studies I shared in Minneapolis highlighted four success stories of good things happening in physical education and health education today. There was a learn how to ride a bike program in Washington DC. A high school “Outdoor Academy” in Maple Valley, Washington that integrated physical education with science and language arts. A study in Texas that showed academic performance and behavior improved with more recess. And a health education program in Milwaukee that was succeeding in reducing teen pregnancies.

The thinking behind creating these case studies and inviting teachers to contribute more was the urgency for physical and health educators to do a much better job of marketing ourselves. It’s time for all of us to realize that people don’t value what they don’t understand. And people don’t understand physical education! The vast majority of PE teachers are multi-talented and passionate about what they do, but horrendous at informing others about the benefits of what they do. Not only are we marketing duds, but we’re abysmally ignorant of its critical importance. Of course why should we be good at marketing or self-promotion? In all likelihood, it was never part of our college professional preparation.

A Vision for 21st-Century PE

Contrast this with the charismatic Phil Lawler. Many of you will remember Phil who sadly passed away from cancer in 2010. Phil was not only an amazingly innovative physical educator but also a marketing genius. Single-handedly, Phil probably generated more public interest and national understanding about the value and importance of physical education than the rest of us combined.  Together with his teaching colleague Paul Zientarski, Phil created his vision of a world-class physical education program in the Naperville, Illinois School District. And he wasn’t shy about sharing his success with the world!

Naperville Middle School quickly became a mecca for physical education pilgrims from around the world in search of a new 21st-century vision for PE teaching. For years Naperville was a media magnet. The national press routinely highlighted the district’s physical education program. It was featured on the popular Supersize Me DVD as a solution for the obesity crisis. Phil and Paul were quoted everywhere and the Naperville program cast a light on the potential for quality public school physical education. With Phil at the helm it would have been unimaginable, almost sacrilegious for anyone to propose program or position cuts in Naperville.

Not so with the rest of us. Most of us live in a world where bad things do happen to good people. Who among us hasn’t had the budget axe trim away teaching colleagues and decimate programs? Worthy and productive programs. Talented people who were doing good things for students. It should never have happened but it did. Want to know why? It’s pretty simple. For years we have been the architects of our own demise. Around the country thousands of great physical education success stories are being written daily that no one knows about. Which brings me back to Doug, Matt, and Brian.

Recently, I was fortunate enough to attend SHAPE America’s Eastern District Conference in Atlantic City. Several hundred teachers from 11 states were there. Doug, Matt, and Brian were among dozens of outstanding presenters. Doug demonstrated new ways to connect elementary and middle school students with the latest heart rate technology. Matt, together with his school principal, Herve Pelletier, described an amazing school-wide bike program that not only teaches riding skills, but also connects biking with student behavior. Brian explained how he successfully fund raised, got Burton® to donate equipment, and then created a program to give all of his elementary-aged students the chance to learn snowboarding skills both in class and out on the hills.

What all three of these teachers shared in common were that programs and teaching greatly deserving recognition within and beyond their local communities. But few of you know anything about Doug, Matt, Brian. And of course they in turn know little to nothing about what you’re doing. In honesty, we all know dozens of teaching colleagues who are doing great things that are largely unknown and unrecognized. It’s as if we’re members of an immense secret society whose accomplishments we’ve sworn not to reveal. Is there really any wonder why outsiders don’t respect us?

While I can understand teachers being reluctant to brag or be boastful – no one likes braggarts – it makes absolutely no sense for physical educators to conceal their successes. This self-deprecating behavior is the very reason we’re not respected and in honesty it’s not something to be proud about. In fact it’s downright selfish. Why would we not want to share and help others learn from us, or for us to be able to pick up innovative ideas from teaching colleagues? Isn’t that how all of us can improve? Even worse, neglecting to share and publicize good news stories is responsible for our poor public image. If we want school boards, superintendents, principals, legislators, parents, and all others to support us they have to know our successes! We must give them a reason to respect us if we ever hope to change public support for what we do.

What is your success story?

So here’s my challenge to you. What is your success story? It can be something that you are doing, or, you can identify a colleague whose work deserves showcasing. Whichever you choose, it’s time for YOU to step up, take responsibility, and share the good news.

SHAPE America is waiting to hear from you and embrace your success. Simply go to the SHAPE America 50 Million Strong website, complete and submit the case study form. It’s not hard and will put the program and teachers you showcase on the national stage. That’s pretty nice publicity to share with your school administrators, school board, community, and parents. Not worthy? Let others be the judge.
And, in case you have any doubts, ask yourself this question, “If you won’t do it, who will?” 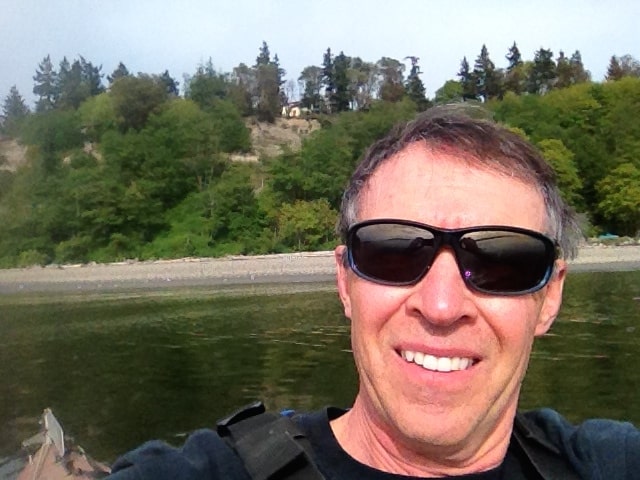