How to Increase Student Activity Throughout the Day

We all recognize the importance of getting our students active in Phys Ed class and I think we all do a very, very great job of doing that on a regular basis. The one thing that we are always trying to figure out is new ways to get students to be more active throughout their school day. One way that I’ve come across that it’s been really, really effective and very good for not just the kids to be active, but to help with some kids that have, that need to move, they’re those kinesthetic learners that when they’re sitting in class, they’re trying to pay attention, but they just kind of fidget. The teacher might enjoy the fact that if a student’s sitting on a stability ball and they can bounce and they have the rule set where there’s no air between the floor and the ball or no air between your butt and the ball that they can balance, but there’s still focused and that that movement helps that kid to pay attention a little bit better, to be on task.

Gopher has a great line of products for active classrooms that vary in price and in scope. My wife is a third grade teacher. I’ve kind of used her as a test room at the school district that my own children go to. It’s been great. She has wobble seats, she has stability balls. She has several other pieces that really helped the kids to be able to focus. The kids enjoy it. They’re bright colored seats. They come in, they can get a seat, they sit down and whenever she’s teaching in there, they can kind of be moving. You got to have to be real careful about rules that are in place to keep the kids safe and also to protect your equipment. But overall, it’s just a great opportunity for us as Phys Ed teachers to push in to those classroom settings.

Feedback from Students and Parents

My wife has had very few issues with it. She’s actually gotten really positive feedback, not only from our students when she does surveys as far as whether or not they enjoy the seat. Do they feel they learn better while they’re sitting in those seats. But she’s also gotten really positive feedback from the parents. The parents are noticing them, their kids come home, they’re excited about school, not just because of the seat, but because my wife’s a pretty good teacher I must say. They talk about how they’re able to kind of focus a little bit better. They’re sitting in that chair, they’re able to wobble around, but their eyes and their mind is focused on what my wife is teaching. At the school district that I teach in, we also have some opportunity to get some classrooms set up for this active seating.

We have some kids sitting on the stability balls. We have kids sitting on, there are stability disks. They’re are a little bit cheaper, they’re a little bit easier option that you can just set it right on top of the desk chair and the students are able to kind of move and wiggle at the same time as focusing. And from my standpoint, you know, I was an elementary teacher long ago. It was always, what can I do? In my Phys Ed classes to help the classroom teacher. So you know, we as Phys Ed teachers are always looking to ways to help out. So maybe we’re doing a game where we’re bringing in their spelling words and they’re doing a relay and they have to spell the word together as a team or we’re working on math skills while they’re doing a different game.

So for me, I’m looking to ways to not only to help them out, but now for those classroom teachers to help us out to get those kids involved. One other way that I’ve talked to my wife about and have been really having some luck with her trying it is when she does station rotation. I know classroom teachers at the elementary level do a lot of rotation of students, you know, if they’re doing guided reading or if they’re doing a small group here. The other groups are doing different activities at stations. One of the stations that I said to her, maybe try is an exercise station. You know, maybe it’s something where you have an instruct yoga mat where the kids can do a little bit of yoga and that stretching to help kind of calm them down if they’re getting a little fired up. Maybe it’s something where you, you know, put out a station card and they’re doing a small set of a circuit. You know, maybe they’re doing squats, they’re doing jumping jacks, they’re doing, lunges. Anything that you can think that you can help that classroom teacher give them a station where the kids are active, especially in the winter. Where I live in Pennsylvania, the kids, it’s hard to get them outside for recess, whereas with you have these little small breaks within your own classroom. As a classroom teacher, it can really, really help. It’s a nice little tool. It’s a way to push into the classroom teacher for Phys Ed and it’s a nice way to get the kids that are kinesthetic learners or those kids that really have a hard time focusing – they’re doing something active while they’re listening, as long as they can control themselves and the teacher has some pretty good ground rules set up, it’s a fantastic way for them to get involved. I hope that helps. If you’ve got any questions, you know, you can always contact me through email or, or through Gopher.

Learn more from Jason at https://blog.gophersport.com/author/jason-gemberling/ 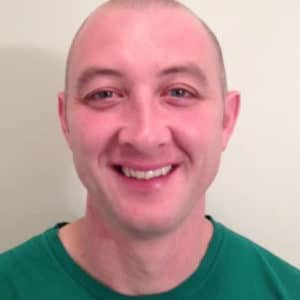