Why CrossFit Will Improve Athletic Performance

CrossFit can be defined as functional training at high intensity. It incorporates a lot of bodyweight and gymnastics movements with weightlifting and cardiovascular conditioning in a variety of workouts. All those same movements and conditioning exercises can benefit high school athletes by improving their performance. We had the pleasure of talking with Amie Chambers, Owner and Coach at CrossFit Holdfast about why coaches should buy-in to CrossFit.

“CrossFit makes you a mentally tough athlete. The physical benefits are unmatched, combining cardiovascular with body lifting and body control. Though, the real edge comes from the mental side. The workouts are hard and challenging, but people can chip away at it. It gives them something that their competitor may not have, which is mental toughness.”

Amie and her crew see a lot of athletes come through her facility – baseball, hockey, lacrosse, basketball, and volleyball players to name a few. Most athletes come individually because they’ve heard about the benefits of CrossFit and wanted to see if it would improve their performance. A couple coaches understand what CrossFit can do for their athletes, so they have reached out to Amie to program on their off-season.

Working with Strength and Conditioning Coaches

A high school Olympic lifting coach reached out to Amie for help with a comprehensive program. The coach knew how to train the lifts, but she really needed Amie’s expertise with conditioning and nutrition. The coach noticed an impact CrossFit had on her athletes; they were stronger and mentally showing up inside and outside the gym rather than going through the motions. The coach also noticed an improvement of body awareness and movements.

An athlete came back to say that he is now starting pitcher because of the additional strength and speed training due to CrossFit over the summer. His coach noticed and asked what he’s been doing to improve and when his response was CrossFit, the coach was shocked. At first the baseball coach was very against CrossFit because he thought it was too much overhead movement for a baseball player, but it proved to be beneficial for the athlete.

Nutrition is Important for All Athletes Across the Board

If an athlete is training properly and not seeing results, it’s because they are not eating appropriately. Amie, also a certified nutrition and health coach, says the number one thing athletes need to focus on is nutrition.

So why don’t more athletic departments program CrossFit type workouts, or reach out to a local facility to help train their athletes? Amie says there are some pre-conceived notions that coaches and athletes have against CrossFit. “The truth is we want the athletes to be their best.”

Amie explains that they will modify their program to make it work for any type of athlete, but they need coaches and athletic directors to remove that stigma around CrossFit and be open minded to what they can really offer to their athletes and their program.

Amie started CrossFit a few years back when she was looking to train for a marathon. She was looking into programs and didn’t have time to do all the training, so she found a CrossFit coach that would send her workouts so she could train from her home. She ended up running a [4:02] marathon, just shy of her sub-[4:00] goal, and from then on, she was hooked. Then CrossFit Holdfast opened and that was her first exposure to a CrossFit facility. She used CrossFit to train for all her triathlons. Then, she got her CL2 and USAW certification, as well as being a certified nutrition and health coach.

When asked about why she loves coaching, Amie’s response was, “It’s exciting to see people do things they never thought possible. People start to believe and have confidence in themselves!”

She looks forward to working with more strength and conditioning programs in the future. 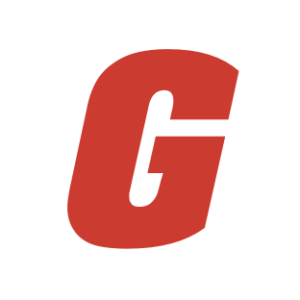