As coaches of sports performance and also as fans of sports in general, when observing athleticism in sport at the highest levels, we marvel at the athletic ability of the greats as they perform on a day in and day out basis. Whether we are watching a basketball player take off from for a rim-rocking dunk or watch a leadoff hitter in baseball take off to steal second base, they both have one marvelous element in common as they perform with athletic artistrym, and that’s power. This blog offers 5 keys to developing power in athletes.

Power is a critical aspect when training for sport and becomes an integral component in acts of sprinting, throwing, jumping, punching and changes of direction. Developing Muscular power is described as work/time. In simpler terms, this is thought of as finding the absolute maximum velocity in a single action or movement from take-off, release and impact. Upon closer look and inspection this can consist of a number of training variables geared towards delivering measurable results.

Keeping these things in mind, here are 5 keys you can use to improve your power development programming.

Stronger athletes exhibit a greater potential for developing high power outputs and generate higher forces than weaker athletes. Research indicates that athletes that commit to resistance training programs geared towards improving their maximal strength exhibit significant increases in muscular power. Once athletes have established appropriate strength levels they can better capitalize on the benefits of the exercises included in power development programming. Leading to greater overall responsiveness to Power based training protocols.

Complexes is an advanced power strategy that involves alternating high load weight training exercises with Plyometric exercises. The science behind complexes is that resistance exercise will have a performance enhancing effect on the plyometric component by increasing power output and the stretch shortening cycle.

A basic complex example would be a:

Ballistic training is when an athlete attempts to accelerate a weight or training implement throughout a full Range of motion within an exercise. This often results in an implement being moved freely into a space with momentum. Research indicates that ballistic movements produce significantly higher outputs for average velocity, peak velocity, average force than traditional training methods. As such training to maximize power development should not only involve slower heavy resistance exercises for strength development but should also involve high velocity ballistic exercises where acceleration of the external load is promoted throughout the range of motion. A common ballistic exercise added to power development programs would be a loaded or unloaded countermovement jump.

Dial up the Velocity:

Velocity training has become very popular recently because of technological advancements. Newer technology has made it possible to gain more insight into characteristics of force – velocity in movement and exercise. Monitoring repetition velocity helps dictate the speed at which an exercise should be performed. The intent to move at high speeds can enhance an athlete’s power output in the performance of synchronized power movements.

Velocity based training relies on per rep instant feedback relating the velocity of a barbell or weight. This can allow for variation in training loads within a training phase as long as an athlete can consistently maintain a specific bar speed threshold. By utilizing elements such as bar velocity as opposed to traditional Percentage of 1 rep max it is possible to use the speed of movement as the target to improve power development.

Power training can be exciting for an athlete and offer quick returns in a progressive training program. Keeping this in mind there are many ways to train for developing power including Olympic lifts and plyometrics. There are some things that should definitely be kept in mind as guard rails concerning power development. Power training should progress from heavier loads in strength phases to lighter loads in power phases. This allows the athlete to develop transferable sports speed. Also, it is worthwhile to note that while all plyometric training is power training, all power training is not plyometric. Understanding the techniques and tactics utilized in an athlete’s power development program can lead to systematic improvement and progression. 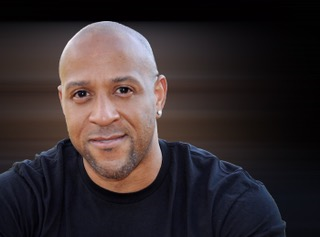 Michael Piercy, MS, CSCS is the owner of The LAB in Fairfield, New Jersey. He is the recipient of the 2017 IDEA Personal Trainer of the Year award and has also been awarded the 2013 TRX FACEUP award for Overall Instructor of the Year. He represents brands such as Under Armour, TRX® and Matrix fitness as a Master Trainer. A former professional baseball player with the Pittsburgh Pirates, New York Mets and Montreal Expos, he brings his unique perspective to his work with athletes and active adults. He holds a master’s degree in exercise science with a concentration in performance enhancement and also holds multiple advanced level Certifications from organizations such as ACE, ACSM, NASM and NSCA.
View More Author Articles