Objective: For two players try to outdo each other by getting three of the four Topple Tubes facing up.

Scroll to next game (Topple Four Up Dribble)

Objective: Each player attempts to stand up four Topple Tubes with their color up.

Scroll to next game (Your Color Up)

Objective: In a preset time for each team to either have the Topple Tubes blue-side up or yellow-side up.

Scroll to next game (Seven Degree)

Objective: To score a point for setting up the three pins. Use Topple Tubes instead of foam pins or water bottles.

Objective: Be the first team to get two sets of three of your colors in a row.

Objective: • To get three markers in a row.

Scroll to next game (Topple Numbers in Sequence)

Objective: Teams of three players try to find a set of numbers in order of lowest to highest.

Scroll to next game (Word Relay)

Objective: To score as many points as possible by placing the Topple Tubes in connected words.

Notes and Questions for Understanding: 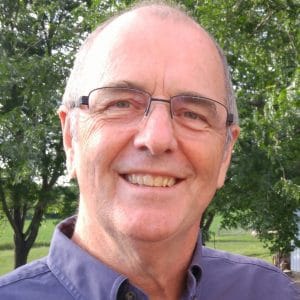 John Byl, PhD, is the Canadian Gopher Sport Educational Consultant, was president of CIRA Ontario (2003-2018), and a retired professor of Physical Education at Redeemer University College in Ancaster, Ontario (1986-2014). He is the winner of several professional awards, including the Queen Elizabeth II Diamond Jubilee Medal for promoting physical activity across Canada, and is a regular workshop leader. He has a special interest in promoting fun, active participation for all children and developing and maintaining personal wellness.
View More Author Articles